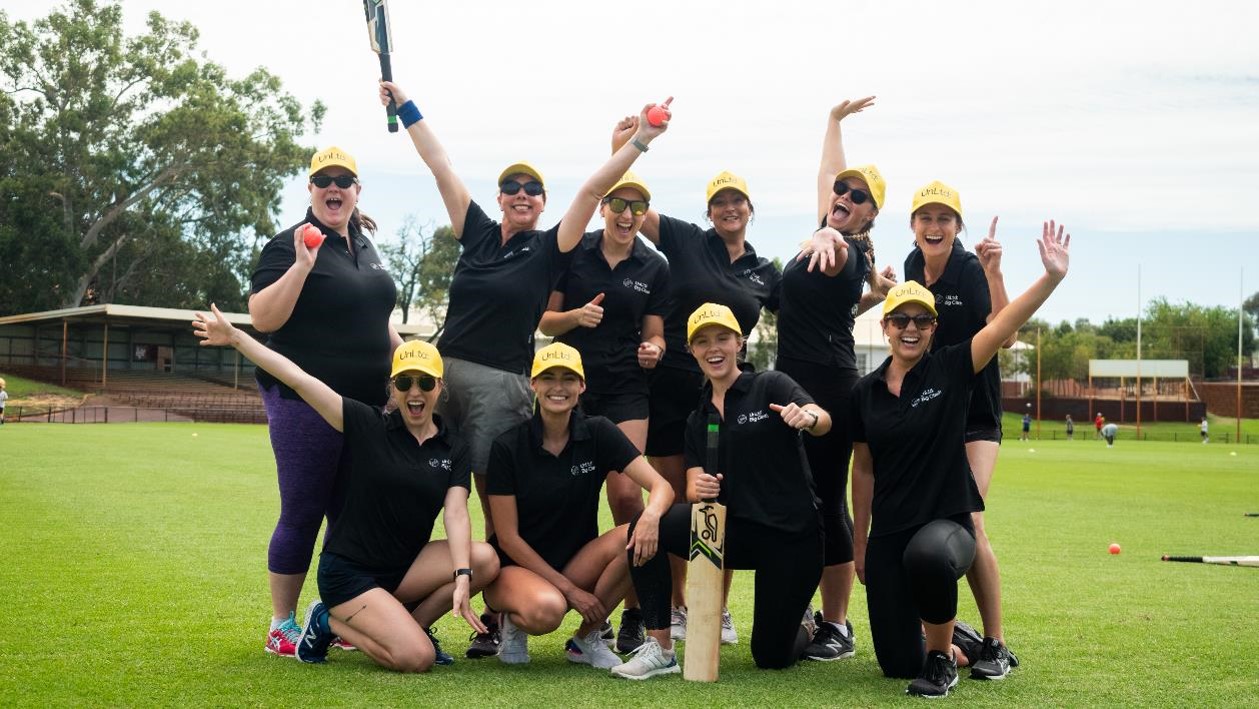 The inaugural event took place at Leederville Oval in March and saw agencies take on media owners in highly competitive games of cricket, to raise much needed funds for young people at risk.

The women’s teams kicked off the day and despite many having never played cricket before, it was a tight game that was neck and neck until the last minute. Team Captains Cindy Henderson from Nine Radio and Kylie Macey from 303MullensLowe Media Hub brought some fabulous energy to the teams. At the end, it was Erin Pitcher from Initiative who nudged the Agency Team to victory with five balls to spare.

The men’s game was fierce and fast from the start with nobody holding back. Captained by Martin Atanassov from Nine Network and Jacob Troy-Johnston from Carat, both teams put on some serious effort but it was the Media Owners who got to lift the trophy with an impressive 135 runs off 15 overs.

The event was kindly sponsored by JCDecaux, Nine Radio and News Corp and the games were perfectly captained by Peter Vlahos from Nine Radio and Guy Turner from Seven West Media.

“It was such a fantastic afternoon with lots of laughs and some seriously impressive cricket! It was great to get together with the industry, have some healthy competition but most importantly, be able to make a big difference in the lives of young people at risk. We can’t wait for next year when hopefully restrictions have eased and we can get back to the field to defend our trophy!”

The funds raised at the event are going to local charity Dismantle, a social enterprise helping young people at risk reach their full potential through mentoring programs around bicycle mechanic activities. The donation will fund ten young people to participate in their BikeRescue Program, a dynamic youth development program that uses hands-on skill-building to engage and mentor young people in need of support. Pat Ryan, CEO of Dismantle said the contribution will help vulnerable young people get the support they need:

“We are so grateful for UnLtd and the media, marketing and creative industry in Perth for getting together to raise funds for our BikeRescue program. The donation will help change the lives of vulnerable young people, giving them practical life skills, opportunities for employment and a safety network to allow them to get help and reach their full potential. Thank you to everyone who took part!”

“We’re so thrilled to have the industry’s support in tackling youth disadvantage. The Big Clash was our first event and we can’t wait to bring the industry together for more events when it’s safe to do so again. Until then, we are looking forward to working with our industry to use our skills for good virtually to help our charity partners make a difference in the lives of thousands of young people at risk.”