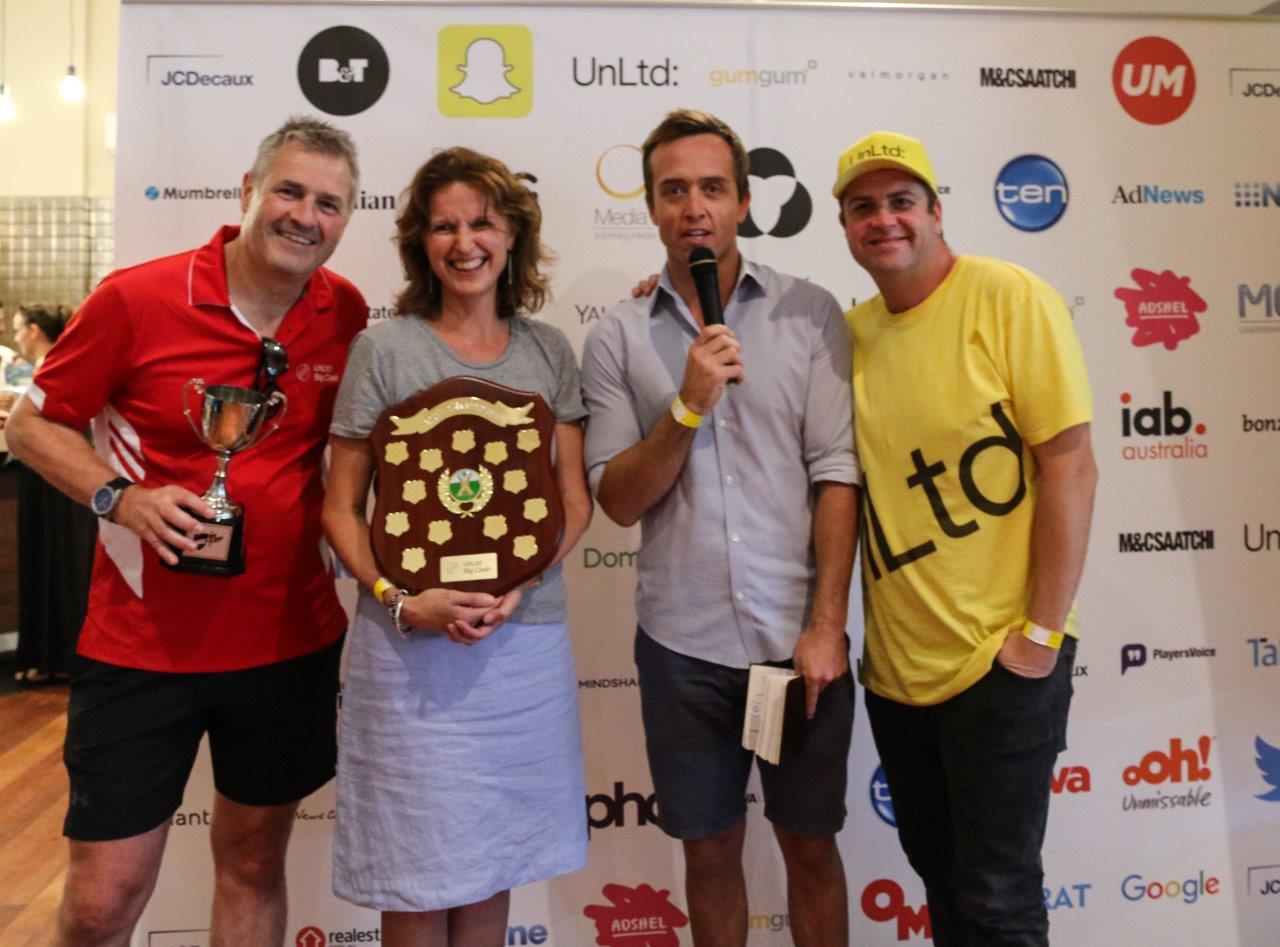 With over 50 companies taking part, the fourth annual Big Clash cricket tournament has been the biggest yet raising $124,000.

The event once again brought the industry together for a great afternoon of cricket, drinks, music and charity activations. This year, the event was expanded to have Media Owners, Media Agencies, Techies and Creatives all go head to head in a knockout tournament.

The Sydney event saw Media Owners beat Media Agencies in a thrilling final by 13 runs. Lee Cormack was named Best on Ground for all-round performance including hitting 3 sixes in one over.

Rob Atkinson from ARN and Team Captain for Media Owners in Sydney commented: “What a fabulous day, competitive cricket played in the right spirit, stunning weather and a fun group of media participants who all focussed on supporting and raising funds for some great causes.”

In Melbourne it was the same line up in the final but this time the Media Agencies got their revenge, winning by 13 runs, reversing the Sydney result.

Mark Coad from PHD and Team Captain for the Media Agencies in Melbourne commented: “It was a terrific day for a great cause. The cricket was played well and in great spirit and many spared the time to show their support. I’m delighted that media agencies came out on top – but the real winners are UnLtd, the charities they support and the advertising industry for taking opportunities like this to give a bit back. Everyone should be thanked and congratulated for that.”

Showcasing some exceptional all-round bowling and batting skills with wickets and runs was Ann-Marie Tanke, who was named Best on Ground at the Melbourne event.

Chris Freel, CEO of UnLtd commented: “This event showcased what UnLtd does so well, bringing together our corporate partners across the media and advertising industry with our charity partners across the youth at risk space. We raised a fantastic amount of money but beyond that also connected our charities with corporate partners who can help in so many other ways. This goes a long way to making a massive difference in our society and towards giving all young Australians the best opportunity in life.”

The proceeds of the event are going directly to eight UnLtd charity partners helping children and young people at risk. The players and spectators got a glimpse of the incredible work the charities do during a Backtrack dog training show, MissingSchool robot demonstration and playing at the Be Centre Play Therapy tent. Other charity partners receiving funds from the event include Big Brothers Big Sisters, Mirabel Foundation, Musicians Making a Difference,Sydney Story Factory and Whitelion.

Sarah Downie, CEO of Big Brothers Big Sisters said: “We were thrilled to be part of the Big Clash 2018, the passion displayed by all teams was inspiring. Despite our team’s loss or possibly because of it, we managed to recruit three new Volunteer Mentors – proving the day will have a long-lasting impact for everyone involved. A big thanks to the whole team at Unltd for their hard work in making the day possible, and of course to everyone who sponsored, participated and supported with auction prizes.”