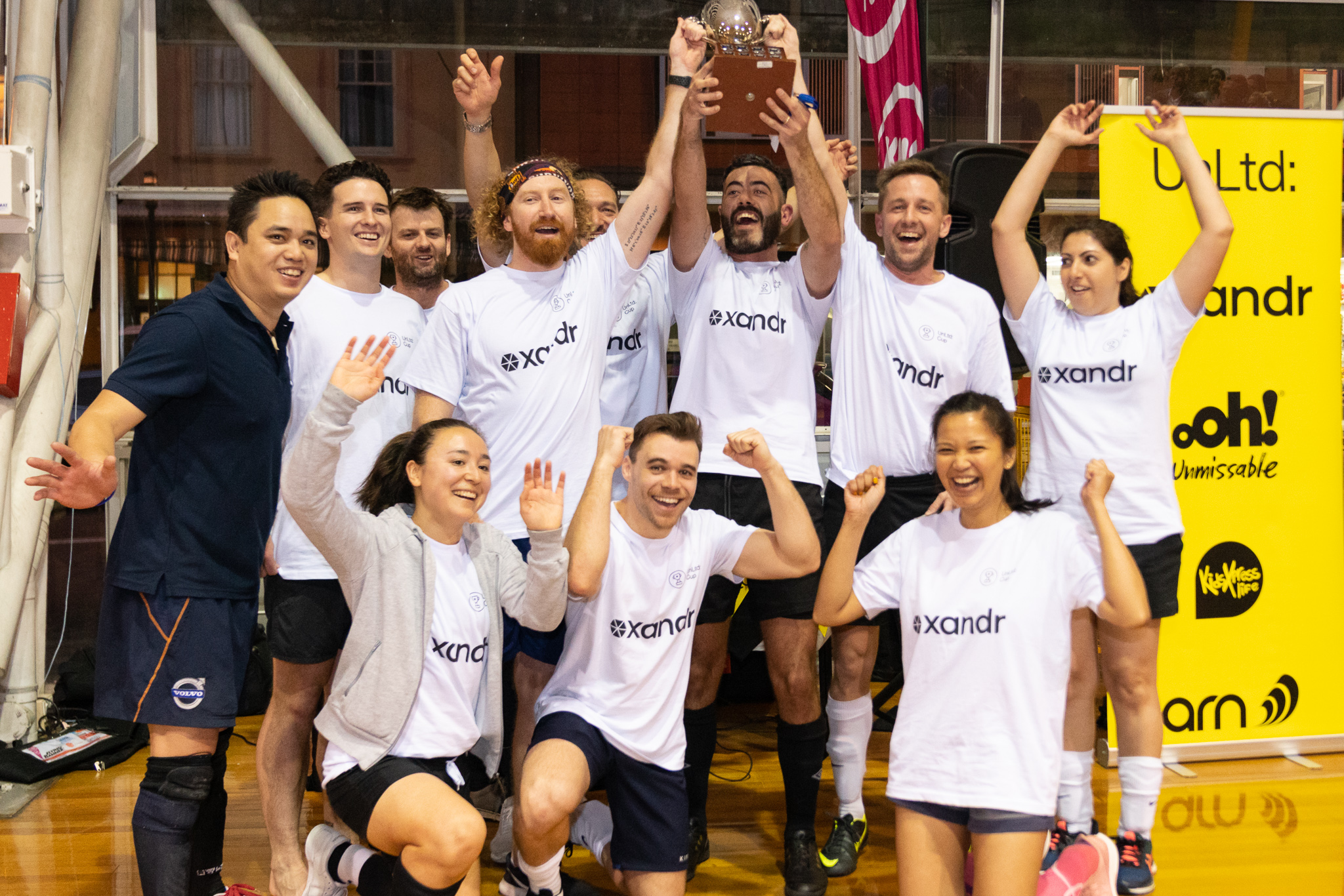 The annual event sees 16 teams from media, marketing and creative industry come together for a day of fiercely competitive 5-aside indoor football to raise funds for children at risk.

This year, it was CBSi & 10, IPG Mediabrands, oOh!media and The Trade Desk who made it to the semi-finals with the joint team of CBSi &10 beating The Trade Desk 6-0 in the final.

The Golden Boot trophy was awarded to Neil O’Sullivan and Jennifer Bisset from CBSi as joint winners.

Pat Darcy, CEO of Cadreon Australia commented: “From small beginnings eight years ago with only a handful of teams having a kick around one afternoon, to now 16 teams from across the industry playing in a professionally run tournament raising $55k for UnLtd and KidsXpress is extraordinary. I look forward to being part of the UnLtd Cup for the next eight years, making it even bigger and better each year.”

Chris Freel, CEO of UnLtd commented: “Now eight years old this event gets stronger every year. With over 200 men and women coming together from across the industry, it’s a great spectacle and the standard is incredible. We have some very talented footballers in our industry. Well done to all involved for kicking goals to help support kids whose lives have been full of trauma.”

The event has so far raised over $300,000 for KidsXpress, an UnLtd partner charity that helps children and caregivers transform the impact of childhood trauma into a life full of hope and a future all children deserve.

Margo Ward, Founder and CEO of KidsXpress commented: “The UnLtd Cup is testimony of when the power of some transforms to empower many. The vital funds raised at this event go directly to provide support for children living with adverse childhood experiences. Living with the horror of family violence, abuse and/or neglect, or the sadness and confusion that descends from separation and grief is too much for our children to cope with alone. The UnLtd Cup annually raises funds that allows our therapists to intertwine hope, opportunity and possibility for our children through our trauma informed expressive therapy and education programs.”

This year, the event is also launching in Melbourne on 22 August with teams filing up fast. Limited spots still available, please contact jenni@unltd.org.au to have your chance to lift the trophy in Melbourne.

Check out the photos from the Sydney event here.