UnLtd Adland Bail Out raises a record $140,000 for Whitelion 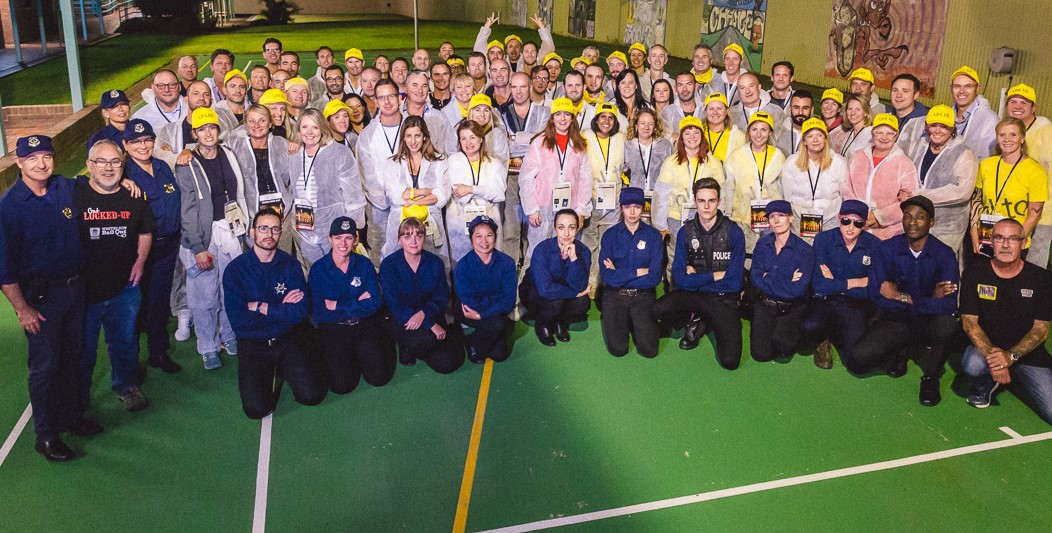 The Adland Bail Out event which saw 70 senior adland figures spend a night behind bars has raised a record-breaking $140,000 for UnLtd’s charity partner Whitelion.

On Friday 4 May, industry leaders from Media Owner, Media Agency, Tech and Creative sides swapped their home comforts to spend a night as ‘’inmates” inside the cells of the chilling Yasmar Facility, a former Juvenile Detention Centre.

Instead of the usual champagne reception on arrival, the inmates were lined up, interrogated and finger printed before being locked into their cells. Push-ups and solitary awaited anyone who dared to show up late or misbehave. After a dinner of prison grub the inmates then took part in thought-provoking workshops that highlighted the issues that many young people at risk face.

Kurt Burnette, Chief Revenue Officer, Seven commented on the experience: “I gauge experiences in life not just about what it is I actually did but how it made me feel and how it made me think and learn. The experience with Bailout made me feel think and learn about the plight of people who often, through no fault of their own, get dealt the wrong cards. What we got to see in an emotional and confronting evening is how the fantastic work of organisations like Whitelion can do so much good and play such a significant part in changing the lives of people in a positive way. It was inspirational and impactful and so well put together. It is a credit to all involved from Whitelion and UnLtd and to all of those who took part. I was honoured to be an inmate (for a short period of time!)”.


In order be released on Saturday morning, each participant was tasked to raise a minimum of $1,000 bail. Thanks to the generosity of our industry and the hard work by the inmates, the event raised an incredible $140,000 for Whitelion making the event the biggest Bail Out event in history. The Media Owner Gang raised the most funds with an impressive total of over $51K raised. The three biggest individual fundraisers – Kurt Burnette, Seven; Lou Barrett, News and Sue Squillace, Spark Foundry - also got the opportunity to swap sides and become guards for part of the night.

Chris Freel, CEO of UnLtd commented: “Thank you to all of the inmates and to the broader industry for their support. Bail Out has shown the huge positive impact that we can make as an industry when we come together for good. It’s not often that we can claim to save lives in our industry but through this event we have done exactly that.”

Mark Watt, CEO of Whitelion commented on the impact of the event: “The $140,000 raised by UnLtd’s Adlang Gang enables Whitelion to fund over 12 months of crucial outreach services on the streets of Sydney, assisting some of the most at-risk young people with locating stable housing, finding employment, engaging with education or accessing mental health support. The support and effort from UnLtd during the Bail Out campaign is truly life-changing for at-risk young Australians.”

The Adland Bail Out 2018 inmates included:

Read the great insights about the experience by Arvind Hickman at AdNews or the excellent wrap up with practical ways to help by Denise Shrivell, Mediascope.