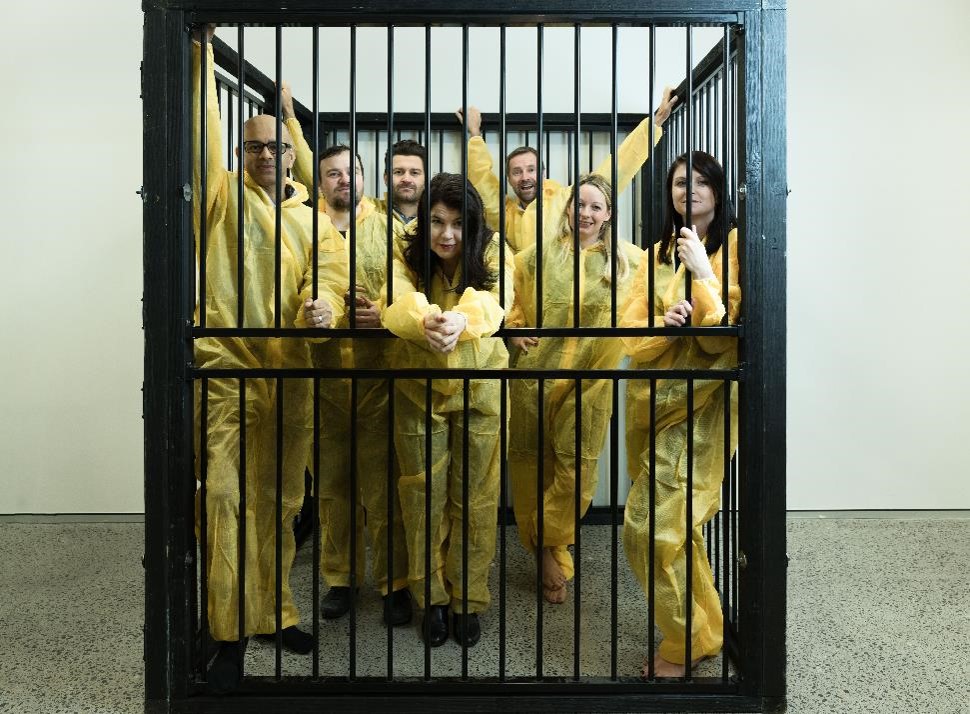 Fifteen of the ad industry’s big wigs who ditched their suits for yellow UnLtd overalls as part of the ‘Adland Gang’ at Whitelion’s Sydney Bail Out last Friday have beaten expectations, raising over $27,000. This placed the Adland Gang as the highest earning group of the event with the highest average raised per inmate. This fantastic effort contributed to the overall total of $87,438 raised for Whitelion NSW.

The Adland Gang spent the night as ‘inmates’ within the cells of the chilling Yasmar Facility, a former Juvenile Detention Centre, to raise funds and awareness for Whitelion, one of UnLtd’s charity partners. This was no night at a hotel, with inmates having a true taste of life on the inside – fingerprinted and photographed, they were ordered to complete vigorous sets of push-ups in the courtyard, sweat through an interrogation before witnessing a mock court proceedings, and spend the night sleeping in cells.

Participants were taken through a sequence of intimate workshops to experience the devastating cycle of the juvenile detention system. The speakers ranged from volunteers and members of the judicial council to a young ex-ice addict and a man who spent most of his life in a detention centre. These were confronting and humbling moments, where presenters were extremely vulnerable and shared their personal journeys of family abuse, drug addiction, rape and the struggles of re-entering into society due to lack of employment with brutal honesty. Participants were noticeably moved, as they understood the gravity of the fantastic work Whitelion do.

In order to be released on Saturday morning, each participant was tasked to raise a minimum of $1,000 bail.

CEO of UnLtd, Paul Fisher, spent the night with the rest of the Gang and said: “An oft-quoted industry cliché we all hear is “it’s not as if we are saving lives”. On this occasion though we did just that. By working their industry networks to raise much needed funds and awareness, and giving up precious time with their families, they individually and collectively made a difference in the lives of some of Australia’s most disadvantaged young people. It’s a privilege to be a part of the group and to be able to give every young Australian the opportunity for a bright future.”